Buckwheat as food, healer and curer

Buckwheat was first used on the fields approximately 4000 years ago in the Himalayas and from then on it has been widely used in many countries as food, for dietary purposes and as a herb to strenghten the organism.  Buckwheat is very respected in Europe, Russia, Brazil, Japan and in many other countries.

Buckwheat is a great source of nectar and pollen, also is a great grain and herb. From buckwheat groats, fine groat, flour can be made and also from the hulls pillows, massage instruments etc.

In order to get rid of the hulls for manufactural purposes, buckwheat grains are steamed up to 80 degrees until grains bloat and pop off the hull. Afterwards everything is dried and by using the wind, hulls are separated.  Products made like that will become in 2 months time “dead food” which will only give microelements and calories.

It has become more often that buckwehat is being processed in special mechanical mills (as traditionally done in Estonian farms). If processed as mentioned, it is possible to get buckwheat,  which is cooked faster and which sustain all bioactive elements, vitality and are able to sprout.

On the photo: buckwheat blossoming in July.

Nutritional values of buckwheat per 100g:

Buckwheat consists of B-group vitamins, irreplacable amino acids and microelements the most among straw plants. Buckwheat has a lot of ferrum, cuprum,  P-vitamins (bioflavonoids) and also a lot of quertsetin.

Proteins in buckwheat are easily solvable and digestable (does not give that heavy feeling after consuming) and the qlycose and fructose give a lovely taste. 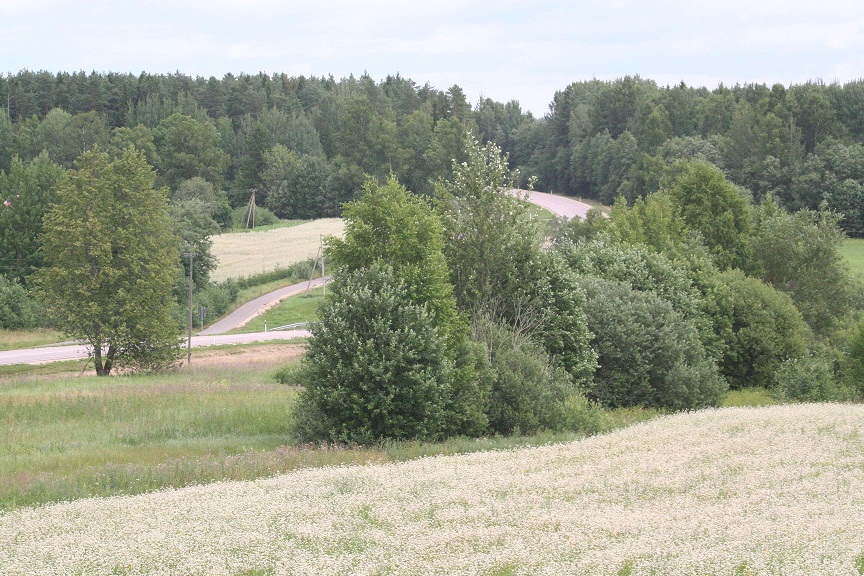 As the specialist have said for decades: “Buckwheat has everything”. A person can be on a very nutritiously rich diet, when only consuming dairy and buckwheat products. Buckwheat is considered to be one of the best foods for detox and keeping appetite under control (because it is digested very slowly). Thanks to its rich consistency buckwheat has many pharmacological and healing aspects.